Menu
Just a quick blog about some common drug interactions you probably don’t think about. 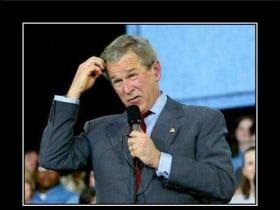 Caffeine and Psuedoephedrine: With hay-fever season here in California, short term nasal decongestants are a way of life at this time of the year. Mixed with lots of caffeine from gallons of ice tea with the hot weather, it’s easy to become wired and not even recognize it. Caffeine and sudafed potentiate each other. If you do need to use nasal decongestants, use for the short term and limit your caffeine so you can sleep and not become some wired maniac.

Melatonin with Tramadol or Antidepressants: I see this all the time; people taking over the counter melatonin for sleep with their antidepressants or Ultram. These drugs mixed together in any combination can cause a life threatening illness called serotonin syndrome. It is a very common reason why I don’t see people responding to their antidepressants as they should. All antidepressants by themselves help sleep. If you are not getting relief, discuss this with your doctor before you begin self medicating.

Dementia medications (Aricept) with bladder medications (Vesicare): I see this commonly as a prescribing error by most primary care physicians. The two drugs essentially negate each other. Dementia medications increase acetylcholine in the central and peripheral nervous system. Bladder agents work by blocking this chemical in the same central and peripheral nervous system. I suggest you decide which is the issue causing the most loss of function and start there first, dementia or incontinence. Incontinence medications when used by themselves can cause a drug induced dementia, and might be worth stopping in elderly patients to see if their mental status improves before adding extra medications.

NSAIDS and Antidepressants: All nonsteroidals such as aspirin and ibuprofen thin the blood. So do antidepressants. In fact I frequently tell surgeons in my pre-op evaluations that antidepressants should be stopped 5 days before surgery if they are worried about a bleeding risk. Recently a patient of mine who was on an antidepressant had a complicated outcome with her liposuction because she forgot to mention this to her surgeon. I have many career actresses and models as patients where I advise using Tylenol for pain while on their antidepressants to minimize bruising.

I always tell my patients to inform me about medication changes including OTC’s and supplements. It is one of the reasons I advocate using less medications overall. People are so worried about psychiatrists over medicating them. Be careful not to over medicate yourself.

1 thought on “Common Drug Interactions You Don’t Know About”