Menu
My office assistant Patricia said, “You’ve got a live one.” I thought Okkkkkkay…, as I readied myself for my next patient. When I stepped out to greet him, he jumped, I mean really jumped! He was extremely nervous and kept looking around, like he was leaving something behind. When we sat down face to face, his voice was squeaky and thin. He looked thin. He reminded me of the character Scrat, the squirrel from the Ice Age movie. He told me he had been using Adderall for his ADHD and after increasing the dose found that his concentration seemed to be worse. He wanted me to help him find something else that
might work better. I said, “Sure, but first we have to stop your Adderall, you’re tweaked.”

Attention Deficit Hyperactivity Disorder is seen in both children and adults. My practice is limited to 15 yrs and older. The reason is because medications used for ADHD can stunt growth if used before puberty. I think it’s better to leave that kind of treatment to child psychiatry specialists. I see a lot of adult ADHD and have people frequently seeking treatment in my office for poor concentration issues.

The medications of choice for ADHD are stimulants like Ritalin and Adderall. These drugs are highly effective but a real pain in the ass for me and for the patient. The reason–because they are highly addictive, and tolerance and dependency develop rapidly–just ask my boy Scrat. He was even having a hard time peeing, he had so much Adderall going on. Because these drugs are highly scheduled DEA drugs, it means a monthly visit to my office. No refills can be prescribed with these drugs. These drugs need to be taken everyday, not just sometimes. Nonetheless, I frequently see patients requesting these pills. In my practice, I prescribe only the long acting or extended release stimulants at low doses. Long acting drugs have less tolerance and dependency issues, are simpler to use, have fewer side effects and are less likely to be abused or diverted by other people. Vyvanse, Adderall XR and Ritalin LA are my favorites.

There are non-stimulant medications for ADHD which I always try to switch my patients to. These drugs have no dependency or abuse issues and can be prescribed with refills. I see these stable patients every 3-4 months instead of monthly. These medications include Strattera and Provigil, which I use abundantly. There are just fewer side effects, improved ADHD symptom profile and often improved mood as well. Adderall and Ritalin don’t capture mood disorders occurring with ADHD. Non-stimulant medications can treat depression and anxiety often occurring with ADHD. Other second line ADHD medications include Wellbutrin and desimipramine, which I occasionally use. 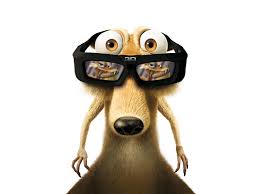 My patient Scrat did get better after we tapered him off Adderall. We started Strattera, where now his concentration is fine without all the side effects. He can sleep and has regained some lost weight. He’s not jumpy either. Last week when I saw him, he told me he felt much better. He also said he wasn’t looking for acorns anymore.

1 thought on “Scrat…musings on ADHD”